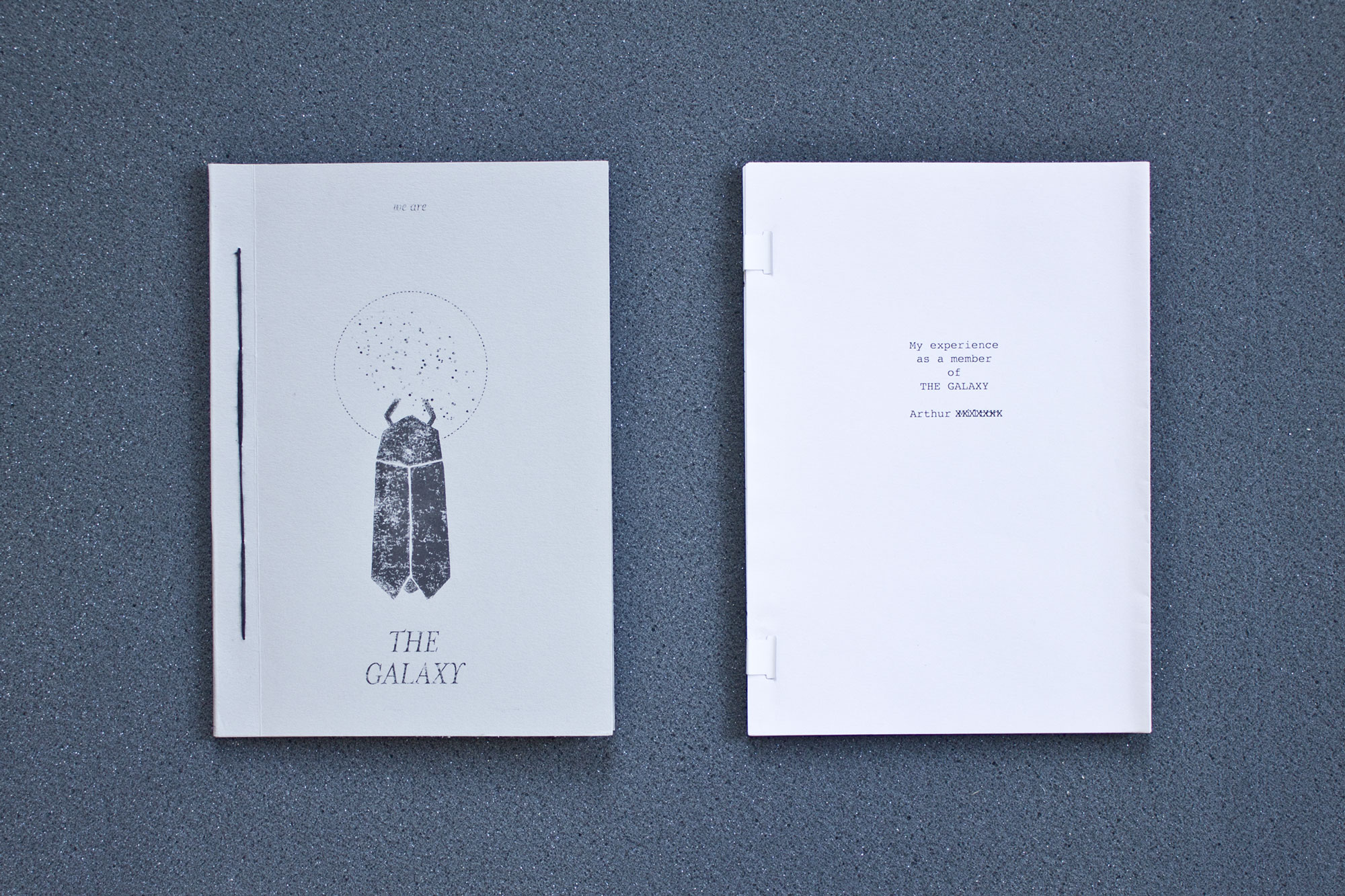 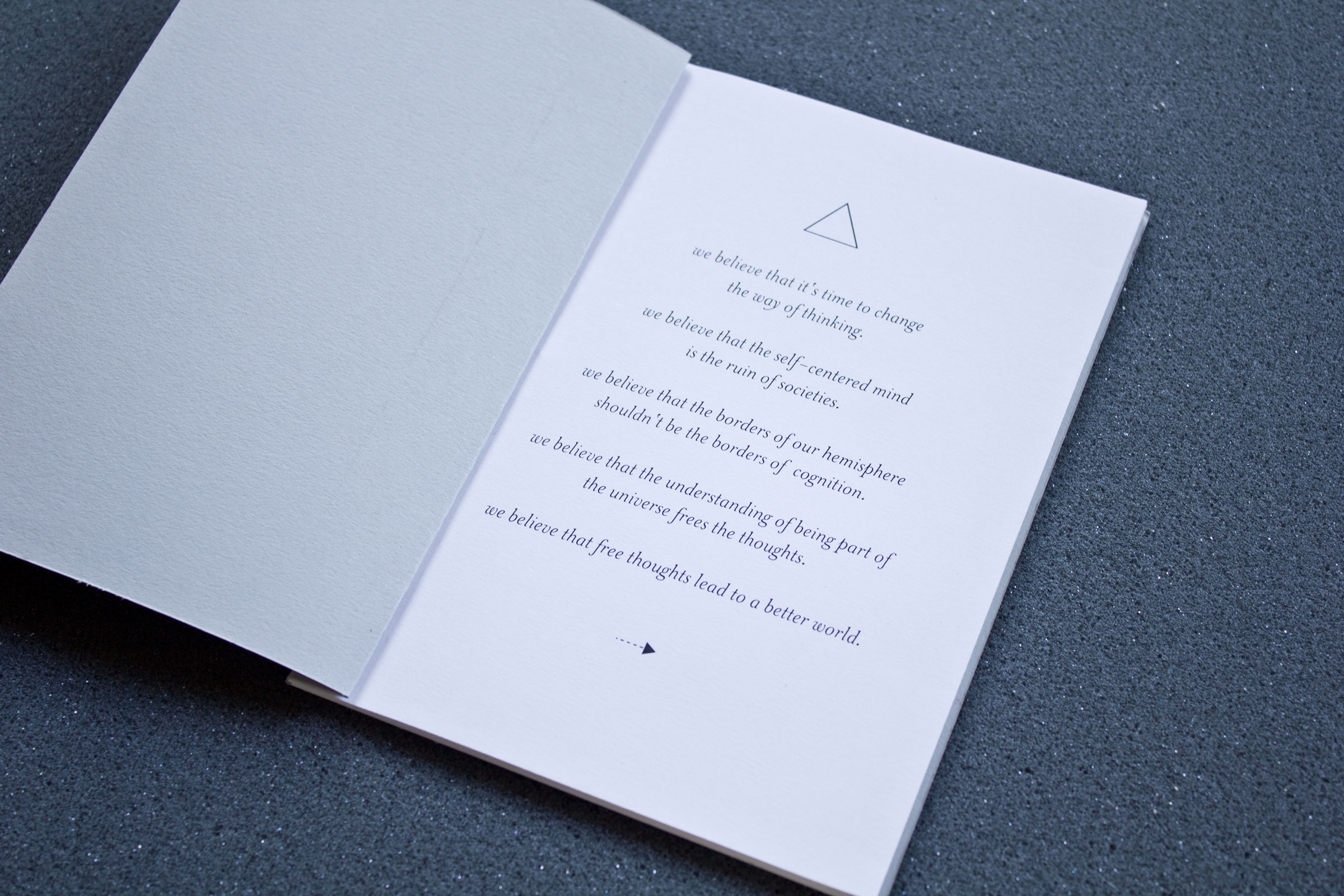 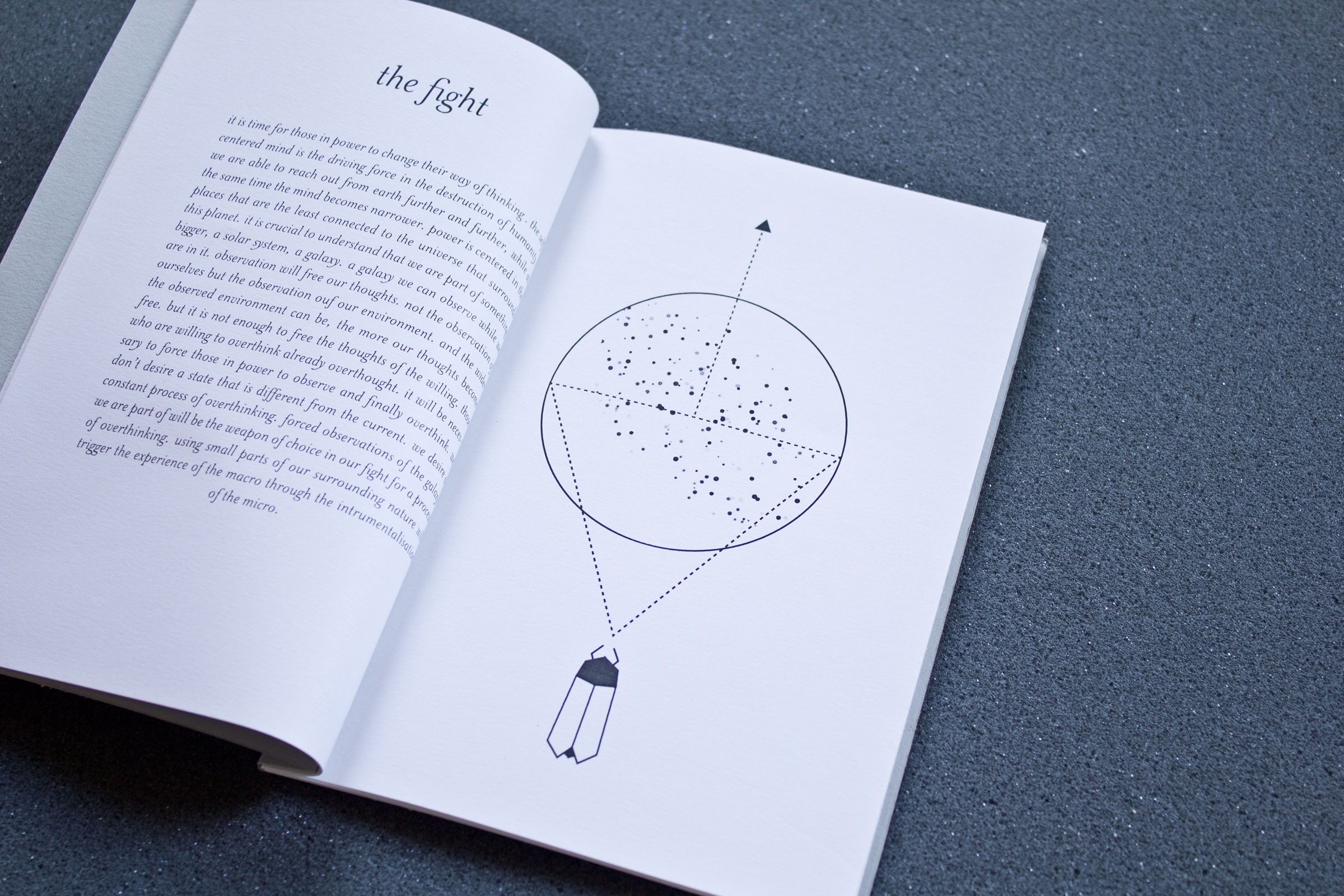 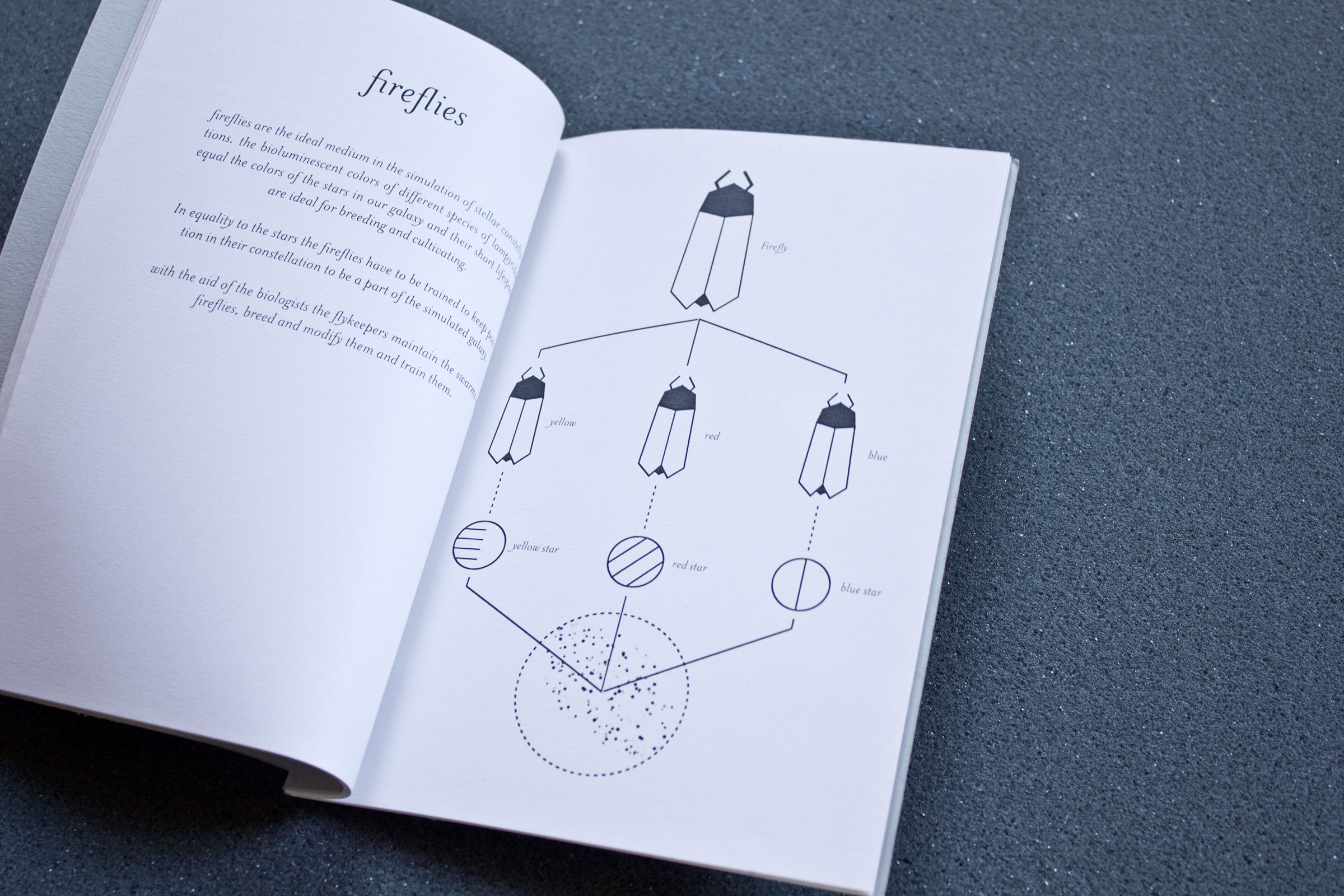 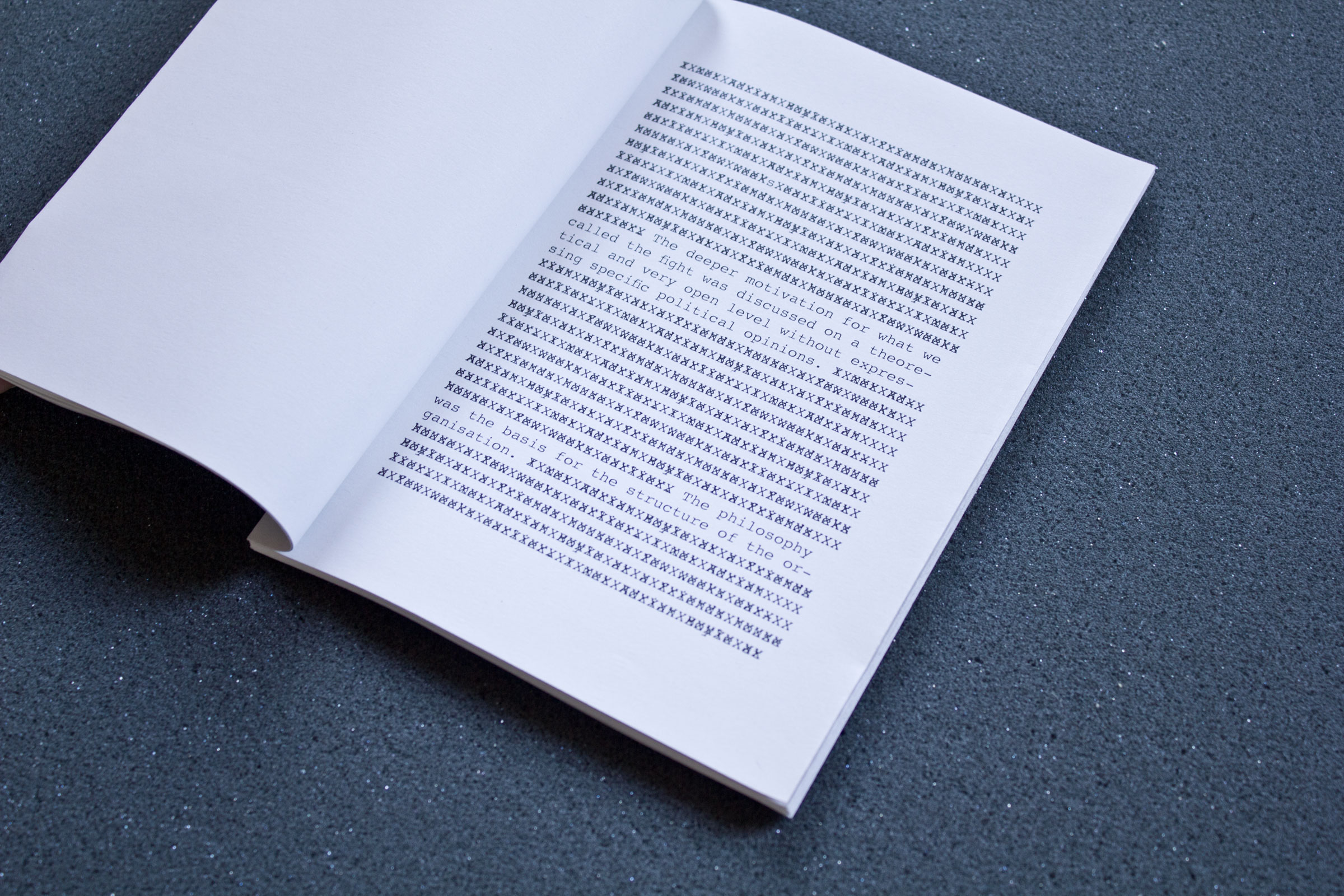 "The Overview Effect, first described by author Frank White in 1987, is an experience that transforms astronauts' perspective of the planet and mankind's place upon it. Common features of the experience are a feeling of awe for the planet, a profound understanding of the interconnection of all life, and a renewed sense of responsibility for taking care of the environment." 1

The Galaxy is a fictional activist group that facilitates the overview effect to cognitively influence individuals and groups in power. The Activists believe that the sight of the milky way is able to change people's mind in a significant way, as they comprehend themselves as part of a macro cosmos. Trough an almost cult-like internal structure, and the use of synthetic biology and astrophysics, the group is set out to train fireflies to swarm in formations that look like the milky way in front of people in political or economic power.

Two booklets give insights in this strange and weirdly political endevour, one is an Activist Handbook published by the organisation, the other one is the report of an ex-member of the group. They can be read simultaneously as a 2-channel book, as the same pages refer to similar aspects of the narrative. 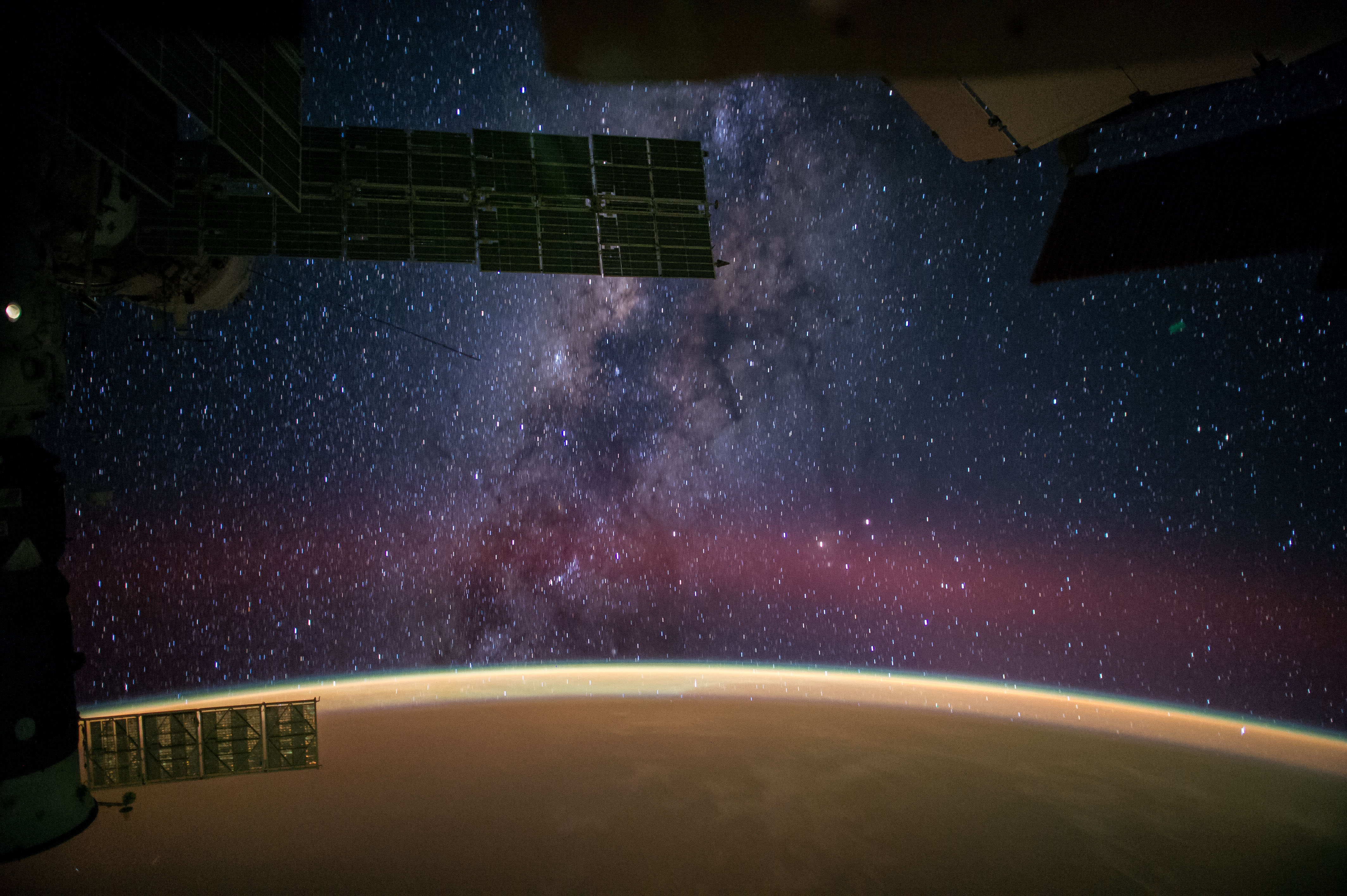